Today many DarkRP servers use titsv2, but did you know TitsRP was the first server to use this map? In case the the name didn’t give it away, now you know! This map was created for the TitsRP server in 2018 by a creator named Gallium31.

There were multiple releases of the rp_downtown_tits map prior to the map we use today.

This was the first public release of the TitsRP map. Based off of the popular rp_downtown map, it was created with roleplay in mind; featuring a sandy beach area with ocean, an island (pictured above) and a sewer system with entrances / exits and secret tunnels in various locations around the map. The map was expanded to include an industrial area for basing and farming, and a new area completely dedicated to server events.
There were discussions on the forums and Discord prior to it’s release, but the official announcement was made on the TitsRP Steam group which you can read here.

There were three beta releases of the second version of the TitsRP map. Although not much is known about what changes were made in these beta releases, it is speculated that these releases were to address issues some players were having while connecting to servers using the earliest release of rp_downtown_titsv2. 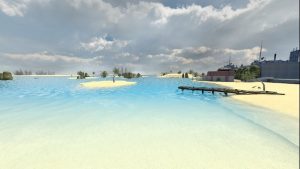 The final release of rp_downtown_titsv2 is the current map we use today. It’s the largest and contains the following additions:

An overview of the v2 map is available on our forums and displays the current “zones”.
Click here to view the map

Was this article helpful to you?